How Much Do You Make Self Publishing On Amazon?

You may be wondering if this year is a good time to do self-publishing. Should you self-publish your book in 2022? Or should you just wait for another year? Find out the answer today.Thinking About OversaturationTerry told me the market is completely flooded with books at the moment. So there’s no point in publishing one END_OF_DOCUMENT_TOKEN_TO_BE_REPLACED

Couldn’t figure out what has gone wrong with your book and why it’s not selling? Here are the self-publishing mistakes to avoid for your books to be of high quality just like the top bestsellers on the market.Editing Back And ForthGary was getting ready to start writing his seventh book. The problem is that Gary END_OF_DOCUMENT_TOKEN_TO_BE_REPLACED

Keywords could play an important role in making your books visible on search engines. Learn how to use keywords on Amazon KDP now.Finding And Buying The BookBeth was really proud of the clever title that she had come up with a “Gardening” book except for one problem. This clever title was not being searched and END_OF_DOCUMENT_TOKEN_TO_BE_REPLACED

Are you fully determined to do self-publishing but don’t know how to write, publish, and sell an eBook? Let me tell you the key steps that will help you succeed in self-publishing.Developing A Self-DoubtTim deleted his entire manuscript off of his computer and was ready to call this writing thing quits. That’s one of the END_OF_DOCUMENT_TOKEN_TO_BE_REPLACED

Ever wonder how to get a book published correctly? Let me tell you how exactly you can do that based on my own experience.Knowing The Phases Of Self-PublishingKaren got back the draft version of her children’s book from the hybrid publisher and it was a complete mess. She was ready to give up but that END_OF_DOCUMENT_TOKEN_TO_BE_REPLACED

Are you struggling to sell your non fiction self-published books? Here are the 3 reasons non fiction books don’t sell that you need to know.Choosing A Catchy TermSarah told me nobody wanted to buy her recipes. For some reason, they were just not high enough quality. Well, she was very much mistaken and that’s the END_OF_DOCUMENT_TOKEN_TO_BE_REPLACED 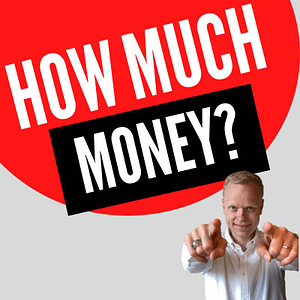 Let me guess, you're new to self-publishing, hence you are asking this question. Let me tell you the answer to how much do you make self publishing on Amazon that can hopefully help you on your self-publishing journey.

Means Of Getting Sales

Today's question has three answers and you're going to want to stick around for the third answer. Because it's a secret.

It is a secret to how exactly you won't allow the numbers that are being earned to discourage you from making progress in your self-publishing journey.

So let's get into it. Today's question is how much do you make self publishing on Amazon? Now, this is a very good question.

It's a question that a lot of people want to know. Because it will directly impact how much you think you're going to be able to make if you get started self publishing on Amazon.

Or maybe you want to compare with what other people are making on Amazon. Both of those are reasons that get people asking the question upon how much you make on self publishing.

Check out in my free Self-Publishing Secrets Checklist to help you get started on your self-publishing journey.

When I first started, I put out my first book. I had read a book that it was possible to get publishing on Amazon Kindle. I wasn't completely sure exactly how to go about doing that.

So I follow the instructions in this particular book I was going through. And I got a book onto the market. My goal was to see if I could get to a point where I was making sales every single day.

Check out this related article: Reddit Self Publishing Income?

What I discovered was I'd make a sale here and then maybe a day or two before another sale would come through. And it was semi-inconsistent upon how many sales I'd be making on a regular daily basis.

It wasn't until a little later, I began to understand the role of placing ads. And getting reviews and all of these other things that directly impact the amount of money that you can.

I make several strategies that came in until I did reach my $1 a day. Where I was very excited to see that was making a dollar in royalties a day.

Though later on, I would almost laugh at that. When I finally began to understand that that's only part of the picture. There's an awful lot more to it.

That's where my earnings started to go up drastically after having done it for about a year. Taking some more advanced courses on it. Let's get into the answers.

The first thing is the average author on Amazon earns a thousand dollars per year. So they're only earning about $3 a day in royalties for the books that they have on Amazon which is low.

Most of them would not have thought it would be so low. You see the big winners and the big earners. You begin to allow that to demotivate or motivate you to start publishing in the first place.

Check out this related article: What Do You Think About Self Publishing With Dale?

I personally know one earner who had earned on Amazon $40,000 in a single month. Which is some crazy money, I've never come anywhere near that.

But I was excited when I was seeing my earnings doubling each month after implementing the correct strategies. In terms of how to go about winning with self-publishing.

So that brings us into our third answer for today's question. It is how much do you make self publishing on Amazon or maybe what you can expect to make on self publishing?

The answer is you shouldn't compare yourself or your earnings to anyone else other than yourself. This is an important point. No matter what you're trying to do both on your ads and these other things.

There are some market standards most people seem to be making. If you see you're making below those standards by a long shot then you're probably not using the strategies correctly.

I would say with Amazon books, there's a lot of complexity that goes into making the sale that you're going to want to make. To do that, you're going to need to put the strategies into place.

Check out this related article: Do I Need To Use My Real Name When Publishing My Book?

But there are so many strategies, you should usually start very simple. Start building up and if you see that you're stagnating, you're coming out with new books.

You're not seeing additional sales but everybody else around you is continuing to make those sales. Then that tells you you're going to need a change. Maybe something you're doing or have somebody look over.

That's where coaching can come in handy. Which I am also offering here. If you feel you need some additional help with that.

But in general, you shouldn't be comparing. So if you go back to my early days, I was looking at my earnings. Let's say $1 every couple days or something like that.

Until I got to $1 a day and the key for me was understanding, what if I'm not earning or increasing the earnings over time? I'm probably doing something wrong and it's time to reevaluate that.

So what have you found? How much have you managed to make regularly? Have you seen that your numbers are going up or going down or stagnating?

Go ahead and let me know. Check out my other blogs and videos, you'll find other answers to your self-publishing questions.