How (and Why) to Start Your Own Publishing Company?

Couldn’t figure out what has gone wrong with your book and why it’s not selling? Here are the self-publishing mistakes to avoid for your books to be of high quality just like the top bestsellers on the market.Editing Back And ForthGary was getting ready to start writing his seventh book. The problem is that Gary END_OF_DOCUMENT_TOKEN_TO_BE_REPLACED

Keywords could play an important role in making your books visible on search engines. Learn how to use keywords on Amazon KDP now.Finding And Buying The BookBeth was really proud of the clever title that she had come up with a “Gardening” book except for one problem. This clever title was not being searched and END_OF_DOCUMENT_TOKEN_TO_BE_REPLACED

Are you fully determined to do self-publishing but don’t know how to write, publish, and sell an eBook? Let me tell you the key steps that will help you succeed in self-publishing.Developing A Self-DoubtTim deleted his entire manuscript off of his computer and was ready to call this writing thing quits. That’s one of the END_OF_DOCUMENT_TOKEN_TO_BE_REPLACED

Ever wonder how to get a book published correctly? Let me tell you how exactly you can do that based on my own experience.Knowing The Phases Of Self-PublishingKaren got back the draft version of her children’s book from the hybrid publisher and it was a complete mess. She was ready to give up but that END_OF_DOCUMENT_TOKEN_TO_BE_REPLACED

Are you struggling to sell your non fiction self-published books? Here are the 3 reasons non fiction books don’t sell that you need to know.Choosing A Catchy TermSarah told me nobody wanted to buy her recipes. For some reason, they were just not high enough quality. Well, she was very much mistaken and that’s the END_OF_DOCUMENT_TOKEN_TO_BE_REPLACED

Have you published your book and wanted to make some adjustments? You might be asking, is it too late to change my book? I will tell you the answer with some tips to help make self-publishing easier for you.Frustrated With A Terrible StrategyLarry told me, “I guess we should just count my first book as END_OF_DOCUMENT_TOKEN_TO_BE_REPLACED 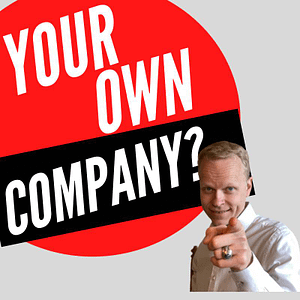 If you are asking this very question, "how (and why) to start your own publishing company?" I bet you have been publishing for quite some time now. Let me tell you the right answers to help you decide on this matter.

So let's get into it. You're starting as an author and you're first coming out with books. The idea of actually setting up a publishing company makes absolutely no sense and I agree completely with you.

Or some sort of a company behind what exactly you're doing based upon the types of books that you're publishing. This is very important to consider when you're becoming an intermediate to advanced on the self-publishing track.

Something for which we are going to explore today. So where to start? After 200 books that I've put onto the market, I've been doing my best to make it as clear as possible what exactly I'm doing to get these books onto the market and get them selling.

You can find out yourself in the Self-Publishing Checklist that I have included here for free. Just grab a copy of that. So let's get into it, when I first got started with self-publishing, I published, one book at a time like anybody.

But after I'd had about 12 books or 20 books starting to hit the market, what happened was something magical. The sales from these books started to increase as well as the taxes to be paid on these royalties.

Check out this related article: How Do I Find The Right Book Title?

That triggered something which is "oh my goodness what exactly is the tax rate I'm going to be required to pay on these?" and "how am I even going to handle that?". Since normally, with your day job, you receive a certain amount of pay.

Then the money is just deducted automatically from the income that's coming in. But that is not how it works with self-publishing or with businesses in general. I went to an accountant, who was recommended by a friend of mine.

I went to him and he pointed out that this is a no-brainer. You need to immediately set up an LLC or in the US would be maybe a C-corp or something along those lines. Because I was starting to get money coming from Courses and Coaching and then the money from the books.

You need to make sure that as those are coming out you're protected both from lawsuits that might be coming in. Since you're under a corporation. And then also the other benefits which I've got to be careful because I'm about to spoil the secret for the day, so I'll just say other benefits.

If you're not making enough money to pay for the accountant, then you don't need to do this. But they helped me set it up and I immediately saw the advantages. I was no longer paying taxes first which is one of the big deals there.

Rather, the taxes are paid only on profit. Unlike in your day job when you earn your income the taxes are taken first. Whereas with an LLC, as I had read it also in Rich Dad Poor Dad book they point out the fact that there's a huge advantage business only pay taxes on their profit.

So if you're spending all of the money that's coming in, you have zero profit so you're paying zero taxes. Other than sales tax which is one of those issues that we definitely do pay even here in Norway.

We have to pay for that, so that is an issue there. But some of the money is even refunded on that front there. But in terms of the total income, you do not have to pay taxes on it, only on the profit that your company is making.

So how and why start your own publishing company? The first thing is you're going to want to set up an LLC to protect yourself legally. This is especially true if the books you're writing are giving financial advice or health advice.

Check out this related article: Skillset VS. Mindset In Self-Publishing

All of these sorts of things can create problems down the line if you are not a company. So that you have this corporate shroud that's around you. Protecting you from what could theoretically happen that would come after you personally.

So that's the first big reason to go about it and you're just going to set up an LLC or a C-corp. I'm not a financial advisor so I'm not giving you financial advice. I'm just telling you setting up a company is a good idea.

So you would definitely want to check with an accountant that you trust and people can vouch for to see if this is right for you.

The second thing is it gives you more authority to your work. It's no longer just you publishing books yourself. Rather it's under an umbrella of a publishing company or multiple companies.

One thing that I would just comment on here it's that even if you aren't a formal company on many sites like ACX if you're selling your audiobooks they're going to ask you what is your publishing company?

And you can register just your initials followed by publishing or something along those lines. This is what I advise my students to do to ensure that they're able to fill out all of those fields. It looks more professional than just your own name or no name for the publishing company.

This is just one of those little tricks that I like to hand out just free stuff for you to go and do it or not do as you see fit. But definitely, it's something worth considering. The third one which is our secret, I've sort of already revealed it but we'll hit it anyways.

Check out this related article: What Is The Best Pricing For eBooks?

It's the tax benefits, they're massive. We only are paying taxes on our profits that we make not on every dollar you earn like your normal income. So if you're doing it correctly, you could set it up so that you have a decent size buffer money that's protecting the company itself as a nest egg to protect it.

Then, in addition, the company continues to ramp all the money that's coming in. It is either being reinvested or it's being pulled out as income. Now that income is, of course, being taken as taxed but at the end of the day you may choose to say "I want zero profit so the tax rate on the company itself would be zero".

The tax benefits are so massive and they compound with every year that you're putting this off or that you've done it. So this is something, I'm not talking to you beginners right now. I'm talking to you about more advanced or intermediate self-publishers.

You're seeing the money coming in and you're seeing thousands of dollars coming in a month. Now it's time for you to consider what you need to create a company. This is just a little bit of advice.

This is generally the best way to go. You should talk with your accountant and figure out what is right for you. If you aren't making any money yet, well then just ignore all of this it has nothing to do with you.

That will really help me know where exactly you are coming from. Grab that free checklist and check out my other articles and videos for more answers to your self-publishing questions.