Can Self Published Books Be Successful?

Couldn’t figure out what has gone wrong with your book and why it’s not selling? Here are the self-publishing mistakes to avoid for your books to be of high quality just like the top bestsellers on the market.Editing Back And ForthGary was getting ready to start writing his seventh book. The problem is that Gary END_OF_DOCUMENT_TOKEN_TO_BE_REPLACED

Keywords could play an important role in making your books visible on search engines. Learn how to use keywords on Amazon KDP now.Finding And Buying The BookBeth was really proud of the clever title that she had come up with a “Gardening” book except for one problem. This clever title was not being searched and END_OF_DOCUMENT_TOKEN_TO_BE_REPLACED

Are you fully determined to do self-publishing but don’t know how to write, publish, and sell an eBook? Let me tell you the key steps that will help you succeed in self-publishing.Developing A Self-DoubtTim deleted his entire manuscript off of his computer and was ready to call this writing thing quits. That’s one of the END_OF_DOCUMENT_TOKEN_TO_BE_REPLACED

Ever wonder how to get a book published correctly? Let me tell you how exactly you can do that based on my own experience.Knowing The Phases Of Self-PublishingKaren got back the draft version of her children’s book from the hybrid publisher and it was a complete mess. She was ready to give up but that END_OF_DOCUMENT_TOKEN_TO_BE_REPLACED

Are you struggling to sell your non fiction self-published books? Here are the 3 reasons non fiction books don’t sell that you need to know.Choosing A Catchy TermSarah told me nobody wanted to buy her recipes. For some reason, they were just not high enough quality. Well, she was very much mistaken and that’s the END_OF_DOCUMENT_TOKEN_TO_BE_REPLACED

Have you published your book and wanted to make some adjustments? You might be asking, is it too late to change my book? I will tell you the answer with some tips to help make self-publishing easier for you.Frustrated With A Terrible StrategyLarry told me, “I guess we should just count my first book as END_OF_DOCUMENT_TOKEN_TO_BE_REPLACED 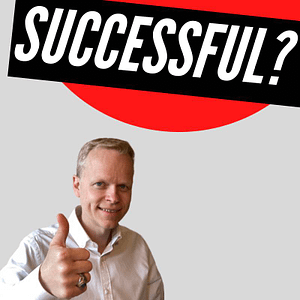 As an author, you might be afraid to fail in self-publishing just like so many other self-published authors out there and that's normal. Let me tell you some tips on how can self published books be successful and more tips that will help you on your self-publishing journey.

A Little Bit Of My Story

Today's question has three answers and you're going to want to stick around for the third answer. Because I'm going to tell you the one thing that will sink your successful chances of self-publishing if you're not aware of it.

Maybe that was something easy for people to go about succeeding a few years ago. That's something a lot of people wonder about when you're first getting started with self-publishing.

Is it for you? Or maybe you should just go traditionally published? And that is what we're going to answer today.

But before we get into that, grab a copy of my free Self-Publishing Checklist to help you get started on your self-publishing journey. And make sure you're not making the mistakes that many others are making.

So, can self published books be successful? Well, let me go a little bit into a story I just had from the other day. The thing is that I was getting ready to make a sandwich.

I was putting butter on the sandwich and I was adding some vegetables. I was then going to put some mustard onto the sandwich but the problem was that I dropped the mustard bottle onto the ground and it broke at the bottom of the bottle.

It had this huge gap at the bottom. I cleaned up the mess and now I was ready to use the mustard. So I shake the bottle up and start to squeeze the bottle but then nothing comes out of it.

The question is what am I going to do? It appears that something in the bottle itself was broken. I had to think about it because I actually had not really thought about how does a bottle itself even work.

Whether it's a ketchup or mustard bottle, how exactly does it work? Why would it completely stop working just because there's a small hole? Actually, in this case, a big hole on the bottom of the bottle.

So I thought back to days of high school, university physics, chemistry, and all these other classes. Thinking maybe there's something there that would be helpful. Then I realized "wait, it's a pressure issue".

That when we squeeze the bottle it creates a high pressure at the back end which causes the mustard to come through and out onto the bread. And so why was it not working?

Well, it wasn't working because when you would squeeze it instead of building pressure, it would suck air in through the backside and we no longer have a high pressure to push out the mustard.

I had never really thought about this before. So I had to come up with a solution to how am I going to fix this? That was when it hit me that what if we keep the cap on the front side of the bottle?

We simply reverse the bottle around and squeeze it from the back end. Because then it would create high pressure at the front end, which would then squeeze it out through the back end. Now, this was still a terrible solution because the back end had a large line of a mess.

It would squeeze out through that but I did try it. And then you put it into the fridge and it would fall over and make a mess. So it was not a good solution but it was a very educational experience seeing that.

You need to understand how something works to actually win at it. Sometimes, things break and we have to come up with alternative solutions. Even if they're not as good as the primary solution was.

This then related a little bit to me regarding self-publishing. Because when it comes to self-publishing, sometimes things work fine and you don't even need to understand how they work. Whether it's putting audiobooks out there or whether it's getting the manuscripts formatted.

And suddenly something breaks, Amazon changes its rules with ads. They change the rules on something and it means we're going to have to think a little outside the box. Figure out how exactly to do it.

Are we now going to change what we're doing to overcome the obstacle? If we're not just going to give up which is what a lot of self-published authors do. They face any level of adversity and they will just give up at that point.

Check out this related article: Can An Author Published Book Succeed?

As opposed to saying I'm not going to get angry at the bottle, rather I'm just going to try to see is there another way I can do it? Even if it's not a great solution, is it a solution?

And that was something quite a bit educational regarding the mustard bottle for me. I've also seen it over the many years in self-publishing. So, can self published books be successful?

Well, let's get into today's answers. The first is yes they definitely can be successful. Often more successful than traditionally published books, if they are optimized.

That's the key issue here. Because even if they sell more copies, you're only going to be making about 12%. Whereas with self-published books, we can make around 70%.

The next thing is we can control the cover, the title, and all of the different aspects of the book. As the second one which is we get to optimize the books so that they sell more copies and run ads.

We can do marketing campaigns and content marketing. We can do all sorts of stuff without permission from some publisher to tell us whether or not we can do it.

Now the problem is that most authors have this idea that if you just put the book out there, it's going to sell. That is a big surprise for them. Then in that case well, of course, the traditionally published route is better.

Because you have somebody else who's pushing and making sure you're not making a lot of these common mistakes. But if you are learning the secrets and going through the different steps on the self-publishing journey and you optimize your books, you're going to see a lot more sales.

Then you can come up with another book and another book. And if we combine those sales together, many self-published authors actually do better than the traditionally published.

Traditionally published authors just come out with a book and then it just gets buried on a shelf somewhere. Nobody ever sees it again.

Without selling that many copies or really making too much money back on the self-published, though it is true on the traditionally published they will make more money compared to the average.

But when I'm talking about self-published books, I don't care about the average because our goal is not to be the average. It's to be the above average by optimizing your books as we pointed out in the second answer.

So let's go into the third and secret answer of the day. The answer is the one mistake that you can make that ensures your failure is a comparison. If you're comparing yourself against the success of other people.

Like we take The Martian or other self published books. We see the insane level of sales that they made and then think "why am I not making these sales?". That can demotivate you.

Check out this related article: How I Sold Over 40K Books Self-Publishing

Motivation is one of the biggest things that keep you in the game while you're in the process of learning all of the tips and tricks necessary to win at self-publishing. So we do not want to get into this comparison game.

But you should do a comparison and that's the thing against yourself. So, in other words, we come out with each book and say "well what can I do in the next book that will make it better than the previous?". And as like the mustard bottle, as Amazon or others break things as we go.

Tools become more expensive, systems, and shortcuts that we had taken no longer work. Well, are we going to come up with new solutions? Or are we just going to give up on the mustard or give up on self-publishing altogether?

We can go through and talk through strategies and other things to help you ensure that your book is going to be a success. So, can self published books be successful?

What have you found? I'd love to hear your thoughts on this, I respond to all of them below in the comments, and check up above me here for more video answers to your self-publishing questions.