How much does a self published book make?

Couldn’t figure out what has gone wrong with your book and why it’s not selling? Here are the self-publishing mistakes to avoid for your books to be of high quality just like the top bestsellers on the market.Editing Back And ForthGary was getting ready to start writing his seventh book. The problem is that Gary END_OF_DOCUMENT_TOKEN_TO_BE_REPLACED

Keywords could play an important role in making your books visible on search engines. Learn how to use keywords on Amazon KDP now.Finding And Buying The BookBeth was really proud of the clever title that she had come up with a “Gardening” book except for one problem. This clever title was not being searched and END_OF_DOCUMENT_TOKEN_TO_BE_REPLACED

Are you fully determined to do self-publishing but don’t know how to write, publish, and sell an eBook? Let me tell you the key steps that will help you succeed in self-publishing.Developing A Self-DoubtTim deleted his entire manuscript off of his computer and was ready to call this writing thing quits. That’s one of the END_OF_DOCUMENT_TOKEN_TO_BE_REPLACED

Ever wonder how to get a book published correctly? Let me tell you how exactly you can do that based on my own experience.Knowing The Phases Of Self-PublishingKaren got back the draft version of her children’s book from the hybrid publisher and it was a complete mess. She was ready to give up but that END_OF_DOCUMENT_TOKEN_TO_BE_REPLACED

Are you struggling to sell your non fiction self-published books? Here are the 3 reasons non fiction books don’t sell that you need to know.Choosing A Catchy TermSarah told me nobody wanted to buy her recipes. For some reason, they were just not high enough quality. Well, she was very much mistaken and that’s the END_OF_DOCUMENT_TOKEN_TO_BE_REPLACED

Have you published your book and wanted to make some adjustments? You might be asking, is it too late to change my book? I will tell you the answer with some tips to help make self-publishing easier for you.Frustrated With A Terrible StrategyLarry told me, “I guess we should just count my first book as END_OF_DOCUMENT_TOKEN_TO_BE_REPLACED 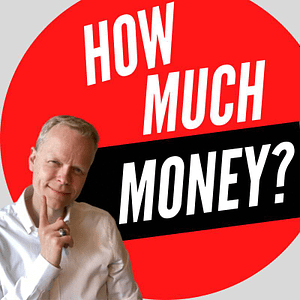 You're wondering how you're going to get more sales when you go with the self-publishing route. Let me tell you how much does a self published book make based on my experience.

Today's question has three answers. The third answer is a secret you're going to want to stick around for. Because I'm going to tell you why you shouldn't be discouraged by the answer to today's question.

Let's get into it. The question that was sent in was, how much does a self published book make? This is a question that anybody who's getting interested in self-publishing wants to know before you get started.

Maybe if it doesn't make enough money that's only going to make a few cents, that you might not jump in. Or if it was going to make millions of dollars, then you maybe should jump into self-publishing. That's one group of people who would be asking this question.

But another group also would be very interested. Maybe you have self-published a book and you're disappointed with the sales. Or wondering how are you doing in comparison to other authors who have also self-published books.

Check out this related article: Self Published Books That Made Millions?

You would be able to compare. Maybe you're doing better or maybe you're doing worse than the average author and wondering what's going on? It's people making less that is usually the trigger of why people ask this question in the first place.

And this is what we're going to answer now. But before we get into the answers, check out my free Self-Publishing Checklist. So, how much does a self published book make?

Let me tell you a little bit about my own story. When I first got started self-publishing, I wasn't even interested in how much money a book makes. I was just interested in whether is it possible to get my ideas out into the world.

Without it being too painful, that was my first starting point. But once I got my books out, then I was thinking, "Well I would like it if I could get a sale a day off of my books". That was my first intention.

After reading up a bit, I began to understand on Amazon if your basic sales rank is in the top hundred thousand then you will be making a sale a day. Some of my books did way better than this. After, I learned some tricks on optimizing those books.

Other books I had completely flop at least in one format, maybe on audiobooks. They did fine because you have the Kindle, the paperback, the ePub, the hardback, and the audio. You have all of these different formats and you have different platforms.

Some things do well, some other places of the 170 plus books that I currently have available, some it fluctuates so some of my books would be even at the top. They'd be an Amazon bestseller for several weeks.

Then they would move, they could go into a much worse range than that in the top million or whatever. Then we just see a little sale here. They're showing up across this platform or that platform like popcorn just pop pop pop pop.

The more books we have out there, we're able to make more money. But I was so excited when I did start seeing books that were selling 5-10 copies a day. It was unbelievable, I was very very happy with that.

Of course, I've seen people making 50,000 copies a day. I mean crazy sales on some people, you hit the lottery. Optimize the book properly and earn exactly the correct niche.

These things can't happen but that isn't my interest. My interest is just in terms of optimizing books to make as much money as possible off of each book. That gets my books in the hands of more people.

We can help a lot more people with the books that I'm currently putting on the market. So I found that yes, it's possible to make thousands and thousands of dollars off of individual books. Even a thousand dollars a month would be completely just fine.

So how much does a self published book make? On average, a paperback self-published book is going to sell 250 copies total. That is in the entire lifetime of that book.

If you multiply that by let's say that book is making you a royalty of $5, then that would be 1,250 dollars in the entire lifetime of that particular book. If your books are costing you nothing to produce.

If you're hiring them out with ghostwriters for example to write some of these books, you can produce books for around $300. You could see that you would still be making a profit off of books even if you were just getting the average.

But the average is lousy, they'll just tell you right out front that's terrible. The second answer of the day is many books sell far below this. You need to consider other formats.

This is one of the biggest problems which is based upon the total number of 2 million self-published books produced a year. You're going to need to look in terms of your distribution and also the formats you're doing.

Check out this related article: Can Self Published Books Make Money?

That's where the secret answer of the day comes in. You shouldn't get demotivated by this thing. 250 copies are over the lifespan, this could be year's worth.

First of all, we need to optimize, making sure you're writing books that are in a good nation market. That's our first thing.

If you're writing in a terrible market where nobody's buying books on that subject, you're going to make way below this average of 250 copies for the paperback sold on a given book.

However, if you're selling in a hot market then you're going to sell it. You could sell thousands of copies of your book which is what I've done to some of my books. Even tens of thousands, the number of sales is crazy.

That can go through individual books. If you want to beat it, you need to make sure your books are in a market that people want to buy. Secondly, you need to optimize the formatting of the book.

People will be happy and not leave negative reviews for it. I use a program called Jutoh that I like to use. It really helps you make books that pop.

Then the final thing is you need to optimize on the marketing side. You need to make sure that the way that people see your book, that is to say, the sales page, your cover, your title, your description, and all of these things fit together.

Tell people exactly what the book is about. In a way that would make them want to buy your specific book. So you're going to want then to make sure you do that.

Then finally, we're going to run ads against the book. So we have that, that's all of it just for a single book. Then we're going to distribute it across as many distributors as possible.

It should also be an ePub book that would be distributed across many of the others. It'll be also hardback and audio. So we have five different formats just right there.

Including 2 different forms of paperbacks, that's 6 different ones for any given book. The reason you might be wondering why would you do that, it's because your readers are going to be spread out throughout the world.

They are on different forums and different formats that they specifically like. Following this recipe, you will be able to ensure you're going to be selling 250 copies way more than that. Probably 5,000 or maybe 10,000, I don't know how many copies.

But you're going to get a lot better sales on each of the books that you produce. Then what's the next goal? Produce more books, then we just keep going.

Check out this related article: Can Self Publishing Be Profitable?

We just keep producing more books and putting them into the cycle. Making sure we're following Amazon's rules and abiding by their rules. So that we do not get our accounts banned.

Even if you did, you're using these other sites that keep you pretty safe. So how much does a self published book make? What have you found?

Go and let me know below in the comments. I respond to 100% of all the comments that come through. Check out my other blogs and videos for more answers to your self-publishing questions.