Is Now a Good Time to Publish a Book?

You may be wondering if this year is a good time to do self-publishing. Should you self-publish your book in 2022? Or should you just wait for another year? Find out the answer today.Thinking About OversaturationTerry told me the market is completely flooded with books at the moment. So there’s no point in publishing one END_OF_DOCUMENT_TOKEN_TO_BE_REPLACED

Couldn’t figure out what has gone wrong with your book and why it’s not selling? Here are the self-publishing mistakes to avoid for your books to be of high quality just like the top bestsellers on the market.Editing Back And ForthGary was getting ready to start writing his seventh book. The problem is that Gary END_OF_DOCUMENT_TOKEN_TO_BE_REPLACED

Keywords could play an important role in making your books visible on search engines. Learn how to use keywords on Amazon KDP now.Finding And Buying The BookBeth was really proud of the clever title that she had come up with a “Gardening” book except for one problem. This clever title was not being searched and END_OF_DOCUMENT_TOKEN_TO_BE_REPLACED

Are you fully determined to do self-publishing but don’t know how to write, publish, and sell an eBook? Let me tell you the key steps that will help you succeed in self-publishing.Developing A Self-DoubtTim deleted his entire manuscript off of his computer and was ready to call this writing thing quits. That’s one of the END_OF_DOCUMENT_TOKEN_TO_BE_REPLACED

Ever wonder how to get a book published correctly? Let me tell you how exactly you can do that based on my own experience.Knowing The Phases Of Self-PublishingKaren got back the draft version of her children’s book from the hybrid publisher and it was a complete mess. She was ready to give up but that END_OF_DOCUMENT_TOKEN_TO_BE_REPLACED

Are you struggling to sell your non fiction self-published books? Here are the 3 reasons non fiction books don’t sell that you need to know.Choosing A Catchy TermSarah told me nobody wanted to buy her recipes. For some reason, they were just not high enough quality. Well, she was very much mistaken and that’s the END_OF_DOCUMENT_TOKEN_TO_BE_REPLACED 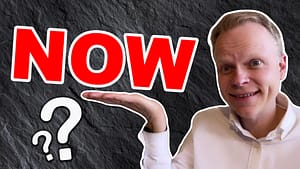 Ever wonder when is the best time to put your book out? You may be asking, is now a good time to publish a book? Find out now and learn some self-publishing tips.

A few months ago, I got a message from one of my followers Bill. He told me he is completely considering quitting and throwing away the book that he had just written. From my perspective, I was just shocked.

That is because we've been going a little bit back and forth. Like I do with many of you regarding this issue. The idea of completely throwing away your book seemed a little bit extreme.

But the key question was that "Is Now a Good Time to Publish a Book?". So Bill is from Seattle and he's been writing this book as a side gig. In other words, just doing it on the side.

It's something he's always wanted to do. He wanted to get this book out onto the market. To see if he could publish a book.

He wrote the entire book but the challenge that he is facing was the idea of "maybe I don't have what it takes". And he had seen that there are just so many books that are going out onto the market. Now he heard that back in 2013, we had what was called the Kindle Gold Rush.

At that particular time, almost any book that was put onto Amazon was selling like crazy. But here we are in 2022 and we're seeing that the markets are slowing down a little bit in some ways. He was seeing that there are so many books coming on the market.

And so how exactly is his book among the thousands of books that would be hitting the market expected to make any sales? The thing is he knew that it takes time.

He didn't want to waste his time publishing a book if it wasn't going to make it on the market. The first barrier that he was facing was a mental one. So you have this mental barrier that you've put on yourself and you'll say, I can't do this.

Don't Allow The Past To Matter

And it's just because the environment outside myself has certain conditions. And since it's like that, well then I guess it would be a complete waste of my time. The other thing was that he wasn't completely sure if the quality of the book was high enough.

For the market itself to be interested in even reading his book. So there is this idea that it would be a waste of time and money to even put the book onto the market. It was another barrier that he was facing.

I listened to him closely. I told him you shouldn't allow the number of books that are getting onto the market to impact your decisions. We also should not allow how easy things or how great things were 5 or 10 years ago.

When it comes to Amazon, it has no impact on the decisions and goals that we're making at the moment. We took a closer look at his exact situation. And he began to see that if we can slow it down, the first thing is trying to keep it as simple as possible.

Check out this related article: How To Price A Self Published Book On Amazon

By breaking it down into the small steps that are necessary to get his book onto the market. That was the first thing. So we're not focusing on all of the different aspects of self-publishing at the same time.

The second thing is we needed to quit looking at the competition. So even though you see all of these other books going on the market, these books are not your books. They're not in your voice.

There were a lot of these aspects that he simply had not considered. What happens if we just publish the book? We go through the self-publishing process, we do it easily as we like to do here.

After we reach that point, we put the book on the market. Even if there are thousands of books and it doesn't sell, that is not a crisis. That's a huge achievement, especially in the case of Bill.

He Was Able To Progress

Because he had been wanting to get this book on the market for a really long time. So what happened was he began to quit focusing on this aspect of it. He started moving through the steps on the self-publishing journey one step at a time.

Even if it doesn't sell a million copies, he needed to lower the expectations that were on the book. But the idea is by learning, he would be able to do content marketing. And running ads against the book to see if he could get it to sell.

If not, we can improve the cover and the formatting. There are all sorts of things that can be done on this. So for him, it was a key realization that this could be done easily.

Check out this related article: I Got A Negative Review On Amazon!

His expectations were way too high and he was allowing the environment around him to create a mental barrier. A block for him to achieve his goal. That was one of the key issues and takeaways that Bill realized.

It was that he actually could get his book on the market. I believe Bill is still working on his book. So he still doesn't have it on the market.

But this was something like a sense of achievement of even making it through multiples of the steps. Continuing onwards was extremely powerful that he experienced.

I informed him of what is really important. It is not to fall for a lot of people who tell you that you can't do it on your own. But in fact, you actually can but along the same lines, "There are 3 self-publishing scams you want to watch out for it."