KDP Publishing: Is It Still Worth It?

You may be wondering if this year is a good time to do self-publishing. Should you self-publish your book in 2022? Or should you just wait for another year? Find out the answer today.Thinking About OversaturationTerry told me the market is completely flooded with books at the moment. So there’s no point in publishing one END_OF_DOCUMENT_TOKEN_TO_BE_REPLACED

Couldn’t figure out what has gone wrong with your book and why it’s not selling? Here are the self-publishing mistakes to avoid for your books to be of high quality just like the top bestsellers on the market.Editing Back And ForthGary was getting ready to start writing his seventh book. The problem is that Gary END_OF_DOCUMENT_TOKEN_TO_BE_REPLACED

Keywords could play an important role in making your books visible on search engines. Learn how to use keywords on Amazon KDP now.Finding And Buying The BookBeth was really proud of the clever title that she had come up with a “Gardening” book except for one problem. This clever title was not being searched and END_OF_DOCUMENT_TOKEN_TO_BE_REPLACED

Are you fully determined to do self-publishing but don’t know how to write, publish, and sell an eBook? Let me tell you the key steps that will help you succeed in self-publishing.Developing A Self-DoubtTim deleted his entire manuscript off of his computer and was ready to call this writing thing quits. That’s one of the END_OF_DOCUMENT_TOKEN_TO_BE_REPLACED

Ever wonder how to get a book published correctly? Let me tell you how exactly you can do that based on my own experience.Knowing The Phases Of Self-PublishingKaren got back the draft version of her children’s book from the hybrid publisher and it was a complete mess. She was ready to give up but that END_OF_DOCUMENT_TOKEN_TO_BE_REPLACED

Are you struggling to sell your non fiction self-published books? Here are the 3 reasons non fiction books don’t sell that you need to know.Choosing A Catchy TermSarah told me nobody wanted to buy her recipes. For some reason, they were just not high enough quality. Well, she was very much mistaken and that’s the END_OF_DOCUMENT_TOKEN_TO_BE_REPLACED 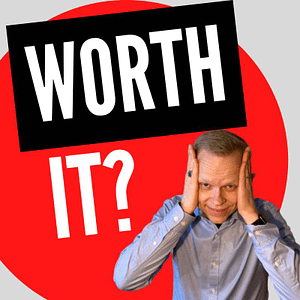 You might be afraid of doing self-publishing through KDP maybe because the golden age was totally over. Find out some useful tips as well as the answer to the question, KDP Publishing: is it still worth it?

Getting The Value Out Of It

Today's question has three answers and you're going to want to stick around because the third answer is a secret as to why KDP especially can be a good choice?

Now, if you stick around by the end of this article, you are going to know whether or not Kindle Direct Publishing is still worth it. You're going to have the information necessary to make the right choice for yourself.

You're going to feel amazing as you go about making that choice of whether to jump into Kindle Direct Publishing or not. So, let's get into it. The question that was sent to me today was KDP Publishing: is it still worth it?

But before we get into the answers, check out my free Self-Publishing Checklist to help you get started on your self-publishing journey. Now, this is an excellent question that many people wonder about because we know a lot about the golden age of Kindle Direct Publishing.

It's between 2010 and 2015 when all sorts of books that would be put on the market would immediately be making a profit. That is regardless of their cover, the niche, and the topic, it almost didn't matter.

Check out this related article: How To Self Publish Manga?

Those books were selling thousands and thousands of copies each. The author could almost be anybody. So, anything could be put out there. That was until the market started getting flooded and then things started to slow down. Then the question is that is it still worth it today?

That deals with an interesting question which is the idea of value whether something is worth it. Let me hit a little bit of a story that I have. When I first was at work, I was looking around and I noticed some people who had Apple watches.

I wondered a little bit if maybe it would be right for me. Now, all of these years, I had been using just a normal standard watch and found that it was just fine for my needs. So it wasn't completely clear that I should move over to another technology.

As I was looking at it, I wondered is the Apple Watch worth it? Because I saw clearly the price could have been restrictive. And then maybe you have to charge it every day.

There are all sorts of issues that are associated with it. So it wasn't clear and I decided therefore I probably wouldn't do it because it didn't seem that I would be getting the value out of it that I would be hoping to get.

I knew that if I had bought it and regretted it, then what exactly would I do? What should I do about that? That was until my friend Bill came around and informed me that if instead of buying a new one, you went onto Craigslist and throw a low bid offer for a used one.

So, I thought about that for a while and realized yes, when it comes to value that risk associated with doing the investment that I would have made if I did it this way, I could always resell it back on Craigslist. Perhaps I can make my money back.

What I ended up doing though was that I put out and I said, "okay, what's the new price?" Let's put bid at half the price on it. And so I threw, just taking Bill's advice.

I put out the bids at half the price and until after 200 bids, about half a percent responded. And took the offer at which point I got an Apple watch. I started using it only to realize that it would completely transform my life in multiple ways.

Both in terms of exercising more, being aware of the steps that I'm taking daily, and also in terms of my schedule and everything. To the point where other family members would begin buying for the kids and such. So that they could also experience that same level of transformation.

For me, I saw that it definitely was worth it. But this is always a question that we have when we're going into something, is it worth it? When you're looking at KDP Publishing, it's not any different than that.

Let's get into the answers for today. So, KDP Publishing: is it still worth it? The first answer is yes, it is definitely worth it.

Check out this related article: Does KDP Select Promote Your Book?

There are more readers than ever looking for something to read. Many people maybe can't get to a bookstore but they have their phones and the phones have the Kindle device built into it. That means that they're able to just pay a smaller fee and get the digital copy of the book loaded on their phone.

They can then read the book and since more and more people in more and more countries are getting cell phones, that means that you have more potential readers interested in more niches and subjects.

Now, we come back to the issue which is that there may be in some niches, not that many books where there are lots of people buying and not many books available. If you're writing in those niches, you're going to find an absolute winning strategy for yourself.

So, that was the first big discovery and that's the first answer. The second one is the tools for book creation are extremely cheap and easy to use. In fact, you could get started for absolutely free.

You Can Get Your Money Back

Now, I would say if I were going to invest in one tool, I would invest in Jutoh for the book formatting. Because then you've got the formatting for your Kindle, for your EPUB version for Smashwords, PDF for hardback, paperback on KDP Print, and paperback on Ingram Spark.

So that's 7 different copies. You can then use those for your narrator on ACX Audible. We have like all the different versions and these different formats that we can put our books and put them into.

Simply by using one formatting tool that only costs $50 or something. It's very inexpensive for the amount of money that you can make back from that single investment. The second thing I could I would be doing is getting the covers right.

I use a designer on Fiverr. That is the exact person I use to make sure the books I'm putting on the market are selling. Again, I would get the premium photo and nothing else.

That means you can do it for as little as $18. You're looking at a fantastic cover, a well-formatted book, and you just put it on the market with a little bit of advertising and such. You're going to be able to get some sales on that book.

Check out this related article: How To Make Money With Kindle Publishing On Amazon In 2020?

The third and the secret answer of the day is there is no way of making more money on the internet faster than through Kindle Direct Publishing. You can put a book out within a day.

You can write it yourself, you can pay other people to write it if you're not feeling comfortable with writing. You can pay relatively little for a high-quality book. You have to edit it of course to make sure that the writing is smooth and flowing making sure it's all original material.

But the amount of money that can be made off of that single book that cost let's say, you can even do a book as cheap as $60 or $80. You can get a book onto the market and then you're making that money back in the different formats that you have.

This is something that a lot of people get wrong when they're looking at going into trying to make money online. They overlook Kindle Direct Publishing, thinking that the golden age is gone.

So, KDP Publishing: is it still worth it? What have you found? Is it worth it for you? Let me know below in the comments and check out my other blogs and videos for more answers to your self-publishing questions.