How Much Do Self Published Books Make?

You may be wondering if this year is a good time to do self-publishing. Should you self-publish your book in 2022? Or should you just wait for another year? Find out the answer today.Thinking About OversaturationTerry told me the market is completely flooded with books at the moment. So there’s no point in publishing one END_OF_DOCUMENT_TOKEN_TO_BE_REPLACED

Couldn’t figure out what has gone wrong with your book and why it’s not selling? Here are the self-publishing mistakes to avoid for your books to be of high quality just like the top bestsellers on the market.Editing Back And ForthGary was getting ready to start writing his seventh book. The problem is that Gary END_OF_DOCUMENT_TOKEN_TO_BE_REPLACED

Keywords could play an important role in making your books visible on search engines. Learn how to use keywords on Amazon KDP now.Finding And Buying The BookBeth was really proud of the clever title that she had come up with a “Gardening” book except for one problem. This clever title was not being searched and END_OF_DOCUMENT_TOKEN_TO_BE_REPLACED

Are you fully determined to do self-publishing but don’t know how to write, publish, and sell an eBook? Let me tell you the key steps that will help you succeed in self-publishing.Developing A Self-DoubtTim deleted his entire manuscript off of his computer and was ready to call this writing thing quits. That’s one of the END_OF_DOCUMENT_TOKEN_TO_BE_REPLACED

Ever wonder how to get a book published correctly? Let me tell you how exactly you can do that based on my own experience.Knowing The Phases Of Self-PublishingKaren got back the draft version of her children’s book from the hybrid publisher and it was a complete mess. She was ready to give up but that END_OF_DOCUMENT_TOKEN_TO_BE_REPLACED

Are you struggling to sell your non fiction self-published books? Here are the 3 reasons non fiction books don’t sell that you need to know.Choosing A Catchy TermSarah told me nobody wanted to buy her recipes. For some reason, they were just not high enough quality. Well, she was very much mistaken and that’s the END_OF_DOCUMENT_TOKEN_TO_BE_REPLACED 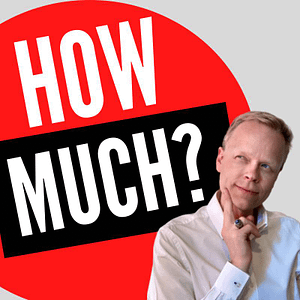 You might be thinking of publishing a book but would want to know first if it's going to sell. Find out more about self-publishing and how much do self published books make in a month.

Sales Start To Roll In

Today's question has three answers and the third answer is a secret as to how you can do better than the average? So let's get into it. The question that was sent into me today was, how much do self published books make?

This is an excellent question because maybe you're considering whether self-publishing is the way you want to go or maybe you want to go a different route like the traditional way of publishing.

But if the self-published books aren't selling that many copies, then maybe it's not going to be right for you. So, I am going to answer that exact question today. But before we get into the answers, check out my absolutely free Self-Publishing Checklist.

That will help you make sure that you're doing self-publishing the right way. It will result in a lot better sales than you would if you just tried to win it yourself. So, go ahead and check that out.

How much do self published books make? Well, I can tell you when I first started my entire process, I took my original book and I put it onto Kindle Direct Publishing or KDP in the Kindle format. I priced it at about $3 per book that gave me a profit of $2.

Check out this related article: Which is better Ingram VS KDP | Choosing the Right Book Distribution

The thing is that you will expect the sales to start rolling in and I really wasn't sure what to expect. When I first put my books out there, I discovered that no I did not start making thousands of sales.

In fact, I was making a sale here and then another sale in a couple of days. It ended up I was excited with just the idea of even being able to make a dollar a day or something along those lines.

The idea that money was actually coming in. I could see it regularly from sharing my ideas with the world. So that was very fascinating but obviously nothing a person could live off of.

But I discover later that when I changed the ways that I was marketing and selling my books, and even putting the books together, that it had a huge impact on the number of the amount of money that I was able to earn from these self-published books.

So that was from my own experience. How much do self published books make? The first thing is one way you might want to look at is the average.

You Can Get Demotivated

When you average it, you get a figure. Something like the average self-publisher is making a thousand dollars a year. Some people would put that figure, I think it was Amazon a couple of years back.

So it depends, they don't want to release those figures to let you know the answer to these questions. That's just a general figure but the reality is a lot of people are spending tons of money unnecessarily.

When they put it out there, they're making again just trickle, a very very small amount of sales. It would take them decades to get their money back. So they're actually negative, they're losing money.

Now, we are averaging that together with the big winners on the self-publishing who are pulling in thousands and thousands of sales for their books. So that's a very important difference to take a close look at it.

So another figure I was recently studying, it comes in it the average self-publisher was pulling in between $500 and $1000 a year. Now, remember, most self-publishers are losing money in the grand scheme.

But the average $500 to $1000 a year in comparison to the traditional publishing between $3000 and $5000 a year. This still does not completely work out correctly since you can't choose to get traditionally published. It's an awful lot of work.

There is a lot of additional steps. A lot of people would say that it's probably not even worth your effort because there is a lot of other ways. You could just get a day job or whatever and make a lot more money going that route as opposed to even self-publishing at all.

Check out this related article: What Are The Steps To Self-Publishing?

It may make it very depressing, right? Because if only a small number of people are the big winners and the vast majority of people are losing money or making almost nothing off of the books that they're selling, then maybe you might be a little demotivated.

The answer is you're going to do it by learning how to optimize your book. I've discussed it before but so many people just hop over these steps that are critical to making sure that your book is going to sell.

The first thing is and this is the most important of everything it's that you need to make sure it's in the correct market. That people actually are looking to buy books.

I use a program called KDSpy to find out which types of books are selling a lot of copies, but then there are not that many books in that genre on the market currently. So we would call that a hungry market. A lot of readers want to buy your books but there are just a few books.

Then, the second thing is you need to produce the book with a high-quality cover using the title and having those keywords from that genre that we're looking at. That micro-genre is a profitable area to put books into.

One other final point on this optimizing, it is that which formats your book be in and which platforms? The answer is, it should be in as many formats as possible. That is your eBook, audiobook, paperback book, and your hardback book on a secondary site.

That comes back to the next one which is your distribution channels. You want your book to be on as many bookstores as possible. You want to be spread out all over the place so that people are not having difficulty finding your book.

First of all, we already know there's a market for people who want to buy those books. So that when they search, it's going to come up with your book. It's going to look similar to the best-sellers in your genre.

Check out this related article: Can Self Published Books Become Bestsellers?

This whole system here is going to trigger the sales and pushing it above. So, how much do self published books make? Well, I guess it depends upon whether they're optimized or not and you really should look at the average.

Tell me what you have found. Have you found that you've been able to beat this average? Or maybe you're an author or writer who's put out books and made absolutely nothing?

That's one of the reasons why I mentioned the free Self-Publishing Checklist above. And check out my other blogs and videos for more answers to your self-publishing questions.