Is It Better To Self Publish?

Couldn’t figure out what has gone wrong with your book and why it’s not selling? Here are the self-publishing mistakes to avoid for your books to be of high quality just like the top bestsellers on the market.Editing Back And ForthGary was getting ready to start writing his seventh book. The problem is that Gary END_OF_DOCUMENT_TOKEN_TO_BE_REPLACED

Keywords could play an important role in making your books visible on search engines. Learn how to use keywords on Amazon KDP now.Finding And Buying The BookBeth was really proud of the clever title that she had come up with a “Gardening” book except for one problem. This clever title was not being searched and END_OF_DOCUMENT_TOKEN_TO_BE_REPLACED

Are you fully determined to do self-publishing but don’t know how to write, publish, and sell an eBook? Let me tell you the key steps that will help you succeed in self-publishing.Developing A Self-DoubtTim deleted his entire manuscript off of his computer and was ready to call this writing thing quits. That’s one of the END_OF_DOCUMENT_TOKEN_TO_BE_REPLACED

Ever wonder how to get a book published correctly? Let me tell you how exactly you can do that based on my own experience.Knowing The Phases Of Self-PublishingKaren got back the draft version of her children’s book from the hybrid publisher and it was a complete mess. She was ready to give up but that END_OF_DOCUMENT_TOKEN_TO_BE_REPLACED

Are you struggling to sell your non fiction self-published books? Here are the 3 reasons non fiction books don’t sell that you need to know.Choosing A Catchy TermSarah told me nobody wanted to buy her recipes. For some reason, they were just not high enough quality. Well, she was very much mistaken and that’s the END_OF_DOCUMENT_TOKEN_TO_BE_REPLACED

Have you published your book and wanted to make some adjustments? You might be asking, is it too late to change my book? I will tell you the answer with some tips to help make self-publishing easier for you.Frustrated With A Terrible StrategyLarry told me, “I guess we should just count my first book as END_OF_DOCUMENT_TOKEN_TO_BE_REPLACED 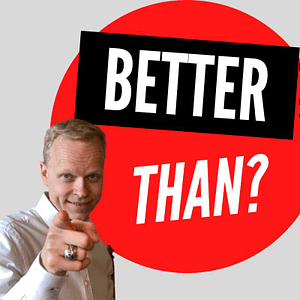 You might be thinking which is better between the two, self-publishing or traditional publishing. Find out if is it better to self publish or just go the other way.

The Correct Route To Go Through

Today's question has three answers. The third answer is one you're going to want to stick around for because it's a secret as to how you think it the best of both worlds.

The question that was sent in today is, is it better to self publish? That is a question that many authors and writers or aspiring writers want to know before they start writing.

Once you've written your book, you're going to want to know what should you do with it. Is it better to self publish? Or maybe it's better to traditionally publish and get in touch with one of the major publishing houses.

We just simply don't know where exactly you should start. Check out my free Self-Publishing Secrets Checklist. It will help you get started on your self-publishing journey.

Well, let's get started. When I first started I was using a series of books that we're discussing how to do self-publishing and breaking it down into simple steps. Now, there was a lot of stuff that was coming in.

Check out this related article: Is It Better To Self Publish Or Get A Publisher?

Some of them are obvious and some of them are not so obvious. My primary reason for not traditionally publishing was because I didn't understand the process. It seemed rather confusing and I didn't know anybody who had done it.

And the whole point of it was that self-publishing was something that you could do and control. So that helped me decide that it was right for me. But what about you, is it better to self publish?

Well, let's get into the answers. So the first answer is it depends but almost always the answer is yes, it is better to self publish. There's a whole series of reasons.

Now, let me just give you a couple of them. One is on your royalties, you're going to be able to keep up to 70%. For example your Kindle books on Amazon between the price of $3 and $10.

You Have The Utter Control

That's why many authors are very shocked when they write their books and get them published traditionally and find themselves not making enough money to live off of.

Whereas self-publishing offers opportunities that you can live off of. So that would be one of the big reasons. The next reason is simply that it's easier and you have better control.

So when self-publishing, you can just start with what you've got. You can get it out onto the market. And then you can learn as you go to make it better.

Running ads and learning marketing and a whole series of skills to get your books to sell to your market. So that is a reason why self-publishing would also be a very good reason.

You have the complete control you don't lose control over the rights to your book. You can change it whenever you want. You get to decide the cover and the description.

You get to decide which platforms it's going to sell on. You control all of the rights and all the distribution and all of the marketing. You have complete and utter control.

But let's say you wanted to traditionally publish, this can be a major problem. The first question you have to ask yourself is you may have a very high-quality book but do you have followers?

Have you sold books before that you can prove to the publisher that you're going to be able to sell the books that you publish through them? That's their number one concern.

Check out this related article: Is It Worth Self Publishing A Booklet?

They do not want to publish books that they're not sure about going to sell. So it either needs to be crazy high-quality but even then many books get rejected.

Like JK Rowling or Stephen King, all of them experienced high levels of rejection before they had their first book published. They had to try over and over again.

Was it because their books were of low quality? Or is it because they lacked a network that could accept their very first books? So this is it, another key issue that you're going to have to pay attention to.

Building Up A Followers

But if you have a following or if you've self-published books before that are selling like crazy, well then, that changes the situation a bit.

Same goes if you also had a blog or if you're a celebrity, like a sports player or musician that's very popular or they know people or your fans are going to want to buy from you then suddenly the publishers can open up to you.

Also, if you have a network and you've got an agent, a literary agent. Somebody on the inside who knows exactly what it's going to take and you're willing to pay the money that's going to cost to get your book edited to sell it correctly to these publishers.

To get through all of those barriers then perhaps traditional publishing is better for you. Also, it looks better on your record. In terms of if you can say "hey I was published by one of the major Random House" or "one of the major publishers".

That will look better because anybody can self-publish. But there's still quite a bit of credit that goes along with the fact that you even published a book at all, self-published or not.

So, let's get to the third answer of today which is our secret answer. And it is that you can always go to traditional publishing later. Once you've proved that you can publish and sell books and build a following.

Which is the only way to make money self-publishing is to be producing books. Learning how to make the skills and books of higher quality. Selling thousands and thousands of books.

Building up an email list and followers so that you can show that people are going to be willing. They like your books, they want to buy more of them then the publishers will come onto the scene and be very eager to have one of your books published through them.

They can test it out, it's not much of a risk to them. Now you're going to take a lower price, a lower royalty rate if you do that. But then you get the benefits of having traditionally published.

Check out this related article: Find Out Why Self Publishing Is Bad?

Some people don't feel like real authors until they've traditionally published. But does that matter to you? If it does then maybe you should use the money to try to do the traditional publishing from the start.

Even if you're not going to be able to make a living off of it. Because many people publish traditionally only to discover that they still end up having to do all the marketing which is another skill set you'll have to learn anyways.

This is something that you really ought to consider. So, is it best to self publish? Well, what have you found?

Is it been good for you? Or maybe you've managed to get traditionally published? I would love to hear from you below in the comments and check my other blogs and videos that answer your self-publishing questions.