Quitting KDP Self Publishing in 2021 – WATCH THIS NOW

You may be wondering if this year is a good time to do self-publishing. Should you self-publish your book in 2022? Or should you just wait for another year? Find out the answer today.Thinking About OversaturationTerry told me the market is completely flooded with books at the moment. So there’s no point in publishing one END_OF_DOCUMENT_TOKEN_TO_BE_REPLACED

Couldn’t figure out what has gone wrong with your book and why it’s not selling? Here are the self-publishing mistakes to avoid for your books to be of high quality just like the top bestsellers on the market.Editing Back And ForthGary was getting ready to start writing his seventh book. The problem is that Gary END_OF_DOCUMENT_TOKEN_TO_BE_REPLACED

Keywords could play an important role in making your books visible on search engines. Learn how to use keywords on Amazon KDP now.Finding And Buying The BookBeth was really proud of the clever title that she had come up with a “Gardening” book except for one problem. This clever title was not being searched and END_OF_DOCUMENT_TOKEN_TO_BE_REPLACED

Are you fully determined to do self-publishing but don’t know how to write, publish, and sell an eBook? Let me tell you the key steps that will help you succeed in self-publishing.Developing A Self-DoubtTim deleted his entire manuscript off of his computer and was ready to call this writing thing quits. That’s one of the END_OF_DOCUMENT_TOKEN_TO_BE_REPLACED

Ever wonder how to get a book published correctly? Let me tell you how exactly you can do that based on my own experience.Knowing The Phases Of Self-PublishingKaren got back the draft version of her children’s book from the hybrid publisher and it was a complete mess. She was ready to give up but that END_OF_DOCUMENT_TOKEN_TO_BE_REPLACED

Are you struggling to sell your non fiction self-published books? Here are the 3 reasons non fiction books don’t sell that you need to know.Choosing A Catchy TermSarah told me nobody wanted to buy her recipes. For some reason, they were just not high enough quality. Well, she was very much mistaken and that’s the END_OF_DOCUMENT_TOKEN_TO_BE_REPLACED 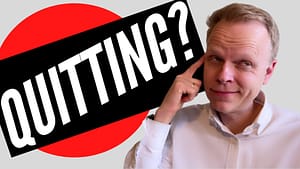 Are you losing the motivation of seeing thousands of sales for your book with KDP self-publishing? Is it in fact time to quit? If you're thinking of quitting KDP Self Publishing in 2021 then you should definitely want to check out this blog first!

Today's article has three points and you're going to want to stick around. Because the third point is a secret as to the number one thing you need to consider if you're thinking about quitting KDP. So the topic we're discussing today is quitting KDP self publishing in 2021 watch this now.

Now I know what you're thinking, you first get started and you put your books onto Amazon Kindle Direct Publishing or Amazon KDP. And you're hoping to start seeing some sales and have anticipation regarding what Amazon can do for you.

But for several reasons you've started to maybe consider that it isn't right for you. And so you're going to quit this whole Amazon KDP therefore you're going to want to stick around. Because I'm going to tell you everything you need to know if you're considering quitting Amazon KDP.

Check out below my Self-Publishing Checklist to make sure that you are not missing any of the secrets to winning at the Self-Publishing game below in the description. So let's get into it quitting the academy.

Now when I was first growing up as a kid I had multiple siblings who had gone to the united states air force academy or were attending it at the time. And it was something that I had considered as definitely something I wanted to do.

That was the direction I was going from all of the activities I was doing in junior high and in high school. In order to get into the service academy in the united states and so that was the number one goal.

Check out this related article: What Kind of Self Publisher Are You?

The thing was is that when I finally did reach my junior year and sent in all the applications all of that work started to pay off. Now there were a few barriers to eyesight and other things like that.

But I actually did get into the service academy the air force academy in the US. But the problem I found was that after two years at the academy I had lost all of my motivation. And found my desire for learning completely dropping compared to high school with mathematics and other things.

Which I found very exciting suddenly a lot of the military marching and getting up at certain times. Losing freedoms started to wear on me and it made me consider maybe this isn't right for me. Is it in fact time to quit? and that was something I really had to consider.

Am I getting a lot out of this thing? or is this maybe something better for me? And so what happened was I ended up pushing through and getting my degree at the air force academy. However, I sometimes think back and realize it probably wasn't a good match for me personally.

Even though I'm sure it's wonderful for many other people who have been through there. And the other thing compared to other options in high school and such. But this is one of those issues was maybe quitting would have been the right option or not starting in the first place.

But sometimes once we start something we begin to realize that maybe it's a good fit for us and maybe it isn't. And when we should quit versus when we should not quit and that's something with KDP I want to hit today.

So quitting KDP self-publishing in 2021 watch this now. So number one you don't like the monopoly that Amazon has. I understand completely it could be Jeff Bezos or something else in terms of how Amazon is run.

How they treat their employees or could be a thousand other things, you know well they got too much power you know. And what are they doing in the bookstores and things like that? So there's a lot of concerns that we have regarding that.

And this is one of the reasons some people choose not to go on Amazon. They don't want any more traffic any more sales going through them they would say have they not earned enough of a trillion dollars a year or something.

I think that's the level they've currently hit over that. And so you want to say I'm going to avoid them because I don't want to support the monopoly that they have. And this is one of the reasons I sometimes hear some of my students wondering whether or not KDP is right for them.

Number two you want more control over your books and the profit on your books. Now on KDP, they're giving you 70 for your ebooks and you can make 40 50 for your paperback. But if you're selling these books directly to people especially your ebooks you could make nearly 100 profit off of each book.

You're giving away 30 in addition Amazon has the ability at any time to shut your account down. And they have used this but usually, it's because you're violating one or more of their rules that you may or may not be familiar with.

This is another factor that is definitely worth considering. And so you're like "Why would I want to take the risks? I could simply sell all of these books off of my own website without taking any of these risks"

So this is another great reason to either not start at all or to quit KDP in 2021. And these two are the big ones here the idea that somebody else is controlling what's happening with your books.

Check out this related article: The One Thing Stopping Your Books From Selling

And then the second thing is that you don't want to support Amazon. You have something against the company as a whole. But the third and secret answer of the day which I believe is the most important factor it is to understand that there is no market as big as the one on Amazon.

You have customers thousands and thousands of hundreds of thousands of customers millions visiting this page. The pages of Amazon with their credit cards are already attached to their account. If they see your book and like it they can buy now and immediately have it delivered to their devices.

And immediately start reading your book at once without any of the technical issues you would have on your own website in addition unless you're already famous. This is a great distribution channel for people who don't even know who you are to find.

What You Need To Know

Buy your book through your payment gateway on your website or whatever website. And if you do choose to go to a different service or somebody else who's providing some similar services to Amazon isn't it ending up in the same result?

Where they still take control over what exactly is being sold. How this is all playing out in terms of international taxes and all these other things. That can get a little bit confusing when it comes to selling your books on the internet.

And so based upon these distribution channels and the search engine and all of the customers. It makes it really hard to see a good argument to quit Amazon KDP. Unless you've already got an audience in which case leaving Amazon is just fine.

I still personally wouldn't do it. If you really want to help out other indie book distributors and bookstores well then buy your books in those stores but have your books available in all possible stores. This is one of the messages that I give out regularly here.

And I realize they're doing a book publishing portion of their entire business why should I not jump onto what they're doing? My goal is to get as many sales as possible. The thing is that you're really just shooting yourself in the foot.

It's not going to make that big of a difference one way or the other for Amazon personally but it will for your book business. And as you're writing books and you're self-publishing them onto the market.

Check out this related article: 3 Tips for Successful Book Marketing

We're going to want to make sure that people are connecting and able to find you. We should go where people are it deals with the subject of traffic. You have traffic flowing a particular direction and we just want to get ourselves over there or waves like we're surfing.

We want to find where are those big waves or wind if you're sailing. So we're finding where that wind is blowing and adjusting our sails or do we want to complain about which type of wind it is? Or how little control we have over the wind?

And that's my whole problem with this idea of getting critical of Amazon but I know if you've got an ethical level you're opposed to it. Well then don't go with them in the first place or quit if you have to.

But it's going to cost you a lot of money if you do that. That's why I definitely recommend going with Amazon KDP but my question for you is have you considered quitting Amazon KDP? If you have, write "Yes" below in the comments.

And if you have never considered it write "No" below in the comments because that will help me understand better where you're coming from. Check out my other articles and videos for more answers to your self-publishing questions.