Self Publishing A Novel: 3 Tools With Underrated Benefits

The ONCE IN A LIFETIME Opportunity To Self-Publish Is Coming…

You might still be thinking about the Amazon Gold Rush. Let me tell you that the once in a lifetime opportunity to self-publish is coming.Losing The Motivation To WriteJill told me that she was writing her books just for fun. Because after all, we were long past the Amazon Gold Rush for all of the END_OF_DOCUMENT_TOKEN_TO_BE_REPLACED

Using the right tools can make your work easier. Here are the top 3 self-publishing tools for getting a best seller in 2022.Getting Burnt OutRandy was using a lot of time researching his competitors on Amazon. He was looking and seeing their titles, he was seeing their rankings as he was going through different keywords.There END_OF_DOCUMENT_TOKEN_TO_BE_REPLACED

3 Self-Publishing Practices You Should Do EVERY DAY At Home!

You might be doing some practices that aren’t so important. Let me tell you the 3 self-publishing practices you should do every day at home!Having No Direction And MotivationBetty had no time for self-publishing. She was very busy with her kids and all the other things in life. So, she discovered that there wasn’t any END_OF_DOCUMENT_TOKEN_TO_BE_REPLACED

Do you want to know if the title of your book is good enough? If I could start over, here’s how I would learn to find a title for the books that I’ve written.Seeing No Sales Coming ThroughPhil’s engine repair books were doing terribly on the market. He had them on Amazon but he wasn’t END_OF_DOCUMENT_TOKEN_TO_BE_REPLACED

Do you know which distribution channel is the best? Here’s Amazon VS Ingram Spark, an epic book distribution battle. Losing Control Over Your BookPeter had already self-published his book on Ingram Spark. He could even see that his book was being distributed through Amazon as a result of this decision. There was no point in actually END_OF_DOCUMENT_TOKEN_TO_BE_REPLACED

What do you think about this monopoly issue with Amazon? Here’s confronting Jeff Bezos and exposing Amazon KDP monopoly.Losing Money On The ProcessJessica was sick and tired of monopolies and large companies dominating the entire self-publishing field. This was one of the reasons why she decided that she was not under any circumstances going to END_OF_DOCUMENT_TOKEN_TO_BE_REPLACED 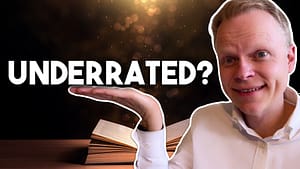 Are you an author who likes to write novels? This is for you, self publishing a novel: 3 tools with underrated benefits.

Mary had tried everything to get her romance books to sell just a few more copies. The problem was nothing was working. She had tried absolutely everything but was she trying the right tools?

Well, that's one of the reasons why in today's article, we are going to discuss Self Publishing A Novel: 3 Tools With Underrated Benefits. Mary was from Sydney and she's been writing books for several years in the shapeshifter romance genre.

The thing with this particular genre is that in the early days, there were an awful lot of sales. Almost any book that you put onto the market would sell. Because the readers of these particular novels would always be interested in reading.

As many markets started to flood, more and more books began coming onto this specific market. The thing with Mary though is she was trying to get more readers. She was trying to find a bigger audience, trying to expand the boundaries that she had been limited to.

But her sales began to level off and even began sinking. She was trying to figure out what exactly she needed to do to bump the sales. So, she had seen that other shifter romance authors were continuing to rank higher and higher.

Whereas, as an author was dropping lower into the rankings on Amazon. So, it couldn't just purely be the issue of maybe her exact books. Or something with maybe the whole niche itself because there were people who were still doing well.

Check out this related article: How To Sell eBooks without going through Amazon!

So, she began to see that if she discontinued, she was going to be losing income over the upcoming years. And maybe people wouldn't even buy her books at all in the future. So, was it perhaps just a bubble that she had taken advantage of in the early years?

Now it was too late that this “gold rush” that was there for this shifter romance was suddenly gone. So, she thought that maybe there were a couple of things that she could do. One was adding additional characters to her story and that's what she did with her books. That didn't have any impact at all.

Another thing she tried was if she could just shift the plot a little bit. Making the plot have some twists and turns that hadn't been there. The problem was that it wasn't an issue with the books themselves.

The content and the manuscripts were not particularly the problem. But more on the marketing side to how she had found the audience originally. Just having the shapeshifter romance in the title, was sufficient to bring in a steady stream of new readers.

But this wasn't going to cut it now. Especially since she knew for a fact that the methods that she had tried previously were not working. And that changing the contents wasn't going to make a difference even though she did attempt to try it.

So, what happened was that she checked out below in the description and booked a free Discovery Session with me. We sat down and took a deep dive into this particular genre which I have not done before.

As we went down, we started noticing some things and the big one was that she wasn't looking closely at her competitors. She assumed while they were doing shifter romances just like she was doing, there wasn't that much of a difference.

But what we discovered was the type of shifter romance she was doing. It was one where the market was flooded but there were in fact sub-niches there that were still making lots of sales. But not many books are on the market for those specific sales.

So, what we did was we took a look using tool number one KDSpy. Giving us the ability to spy on our competitors. To see exactly how they rank four specific keywords is a prime way of figuring this whole puzzle out.

Then we plug those keywords back into KDSpy to figure out who was winning the game on those books in the top 100,000 that are ranking for these keywords. Then finding the keywords where there are not that many books that have a beautiful ratio in there to explore this.

Check out this related article: Is Amazon KDP Worth It

Then we started seeing some nuggets, some little gold nuggets inside the mix of these keywords for this specific genre. The final thing we did was we took a look at Google Trends. It is a free tool to see how this shifter romance does on the market.

And also plugging some of these additional keywords that we've been playing with in there. To see some of them which were starting to go on the rise. Now we know enough information to figure this out.

You can always contact me if you have any questions on how to properly use these tools. The thing is that by plugging this in and using the combination of not just one tool and trying one search but going through these, we were able to figure out a couple of the patterns.

We were able to figure out trends in the directions she could take her books. So, this was very helpful to her and gave her an idea of where she wanted to go. Just by sitting down with the free discovery session.

You can also book a free discovery session. No commitment to buy absolutely anything. I enjoy self-publishing. I'm always looking for new ways of looking through your books to figure out ways we can sell more books.

It is a lot of fun especially when you've gone through the process. You see that when you put a book on the market, it's not going to sell itself. So, she finally faced her ultimate obstacle which was that she realized this keyword research stuff is not super easy.

It takes a lot of work. It's easy in one sense. But it requires you looping over and over through a list of keywords. Trying things, guessing, and then going back and forth with other tools. I even suggested to her to take a look at Ubersuggests.

She discovered a few sub-niches in the shifter romance particular genre that were making a killing. Almost any books in that market were selling a lot of copies. So, what she did was she pivoted and started putting books into that particular market.

The same storyline and plot structure just use these specific profitable keywords. These particular ones are both in the title and the subtitle to make it clear. Also, in terms of the covers matching these bestsellers within this sub-niche. And what magically happened, guess what?

She started seeing sales on her books coming in and not only that, some of her older books got a bump as well. New readers coming in really loved her stuff and were interested in the older type of shapeshifter stuff that had been on the market.

Keep in mind trends are going up and down continually. We just simply wish to ride it. You need to think about yourself as an author and as a surfer. Your surfing waves, the waves are coming up and down.

Now we don't want to just ride a wave that's going nowhere. We want to see a pattern emerging where that wave has been there for a little bit of time. But then we're going to ride that wave and we see that it starts to go downwards again.

We're looking for the next wave within our lane within the same niche that we're in. We simply do it so if you're into gardening and suddenly vertical gardening becomes popular or Zen Buddhist gardens or something, you can pivot slightly.

To put books on the market that people are interested in. Don't think that just because you've written a book on shapeshift or romance like a bear shifter or something wear bear shifter or bear romance you have to stay there.

You can move on to another particular market. To see you know and the key with all of this was just finding the right tools to do it. These three tools were particularly the most powerful ones that I found when it comes to keyword research.

My question for you is what tools have you found that have made the biggest difference when publishing your novels? Let me know below in the comments. I respond to every single one of them.

Self Publishing A Novel: 3 Tools With Underrated Benefits 11946

Self Publishing A Novel: 3 Tools With Underrated Benefits 63314e471df97