Worried People Will Laugh At Your Book?

Couldn’t figure out what has gone wrong with your book and why it’s not selling? Here are the self-publishing mistakes to avoid for your books to be of high quality just like the top bestsellers on the market.Editing Back And ForthGary was getting ready to start writing his seventh book. The problem is that Gary END_OF_DOCUMENT_TOKEN_TO_BE_REPLACED

Keywords could play an important role in making your books visible on search engines. Learn how to use keywords on Amazon KDP now.Finding And Buying The BookBeth was really proud of the clever title that she had come up with a “Gardening” book except for one problem. This clever title was not being searched and END_OF_DOCUMENT_TOKEN_TO_BE_REPLACED

Are you fully determined to do self-publishing but don’t know how to write, publish, and sell an eBook? Let me tell you the key steps that will help you succeed in self-publishing.Developing A Self-DoubtTim deleted his entire manuscript off of his computer and was ready to call this writing thing quits. That’s one of the END_OF_DOCUMENT_TOKEN_TO_BE_REPLACED

Ever wonder how to get a book published correctly? Let me tell you how exactly you can do that based on my own experience.Knowing The Phases Of Self-PublishingKaren got back the draft version of her children’s book from the hybrid publisher and it was a complete mess. She was ready to give up but that END_OF_DOCUMENT_TOKEN_TO_BE_REPLACED

Are you struggling to sell your non fiction self-published books? Here are the 3 reasons non fiction books don’t sell that you need to know.Choosing A Catchy TermSarah told me nobody wanted to buy her recipes. For some reason, they were just not high enough quality. Well, she was very much mistaken and that’s the END_OF_DOCUMENT_TOKEN_TO_BE_REPLACED

Have you published your book and wanted to make some adjustments? You might be asking, is it too late to change my book? I will tell you the answer with some tips to help make self-publishing easier for you.Frustrated With A Terrible StrategyLarry told me, “I guess we should just count my first book as END_OF_DOCUMENT_TOKEN_TO_BE_REPLACED 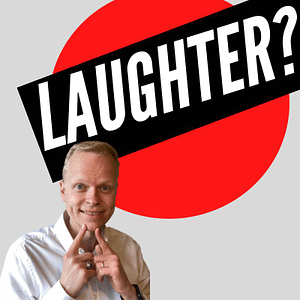 Today's question has three answers and you're going to want to stick around for the third answer. Because I'm going to tell you the key solution to getting out of the embarrassment trap that we're going to discuss today.

So let's get into it. The question that was sent in or rather the problem that many of my students experience is, you're worried people will laugh at your book?

So you're considering you want to put a book on the market. You've written a book or are working on a book but you were thinking "maybe it's not good enough in terms of the quality is too low" or when somebody reads it they're not going to like you or what you're doing.

Then they'll end up laughing at exactly what you're doing and saying "well wasn't that very embarrassing?". And that pain of embarrassment is a motivating factor for many people that motivates them to do absolutely nothing.

That is you have this book that you've written and you want to edit it and edit it, again and again, to make sure that it is perfect. But then it never reaches the market because you're so concerned that somebody's going to laugh at the book that you're putting out there.

Check out this related article: How To Get Started Self Publishing Hardcover Books?

Now, this is very very common and that's what we're going to hit in today's article. But before we get into the answers, grab a copy of my free Self-Publishing Checklist. To make sure that you are not skipping any of the important steps that are necessary to win at the self-publishing game.

So let's get into it from my story. Worried people will laugh at your book? When I first started, I was interested in putting a book out there. But then I also was worried that maybe the quality of my book would be so low that people would not be interested in buying it.

Or worse, that they would tell me it's terrible or laughs at what I was putting onto the market. I had to work through this issue which is "what I am going to do?". How perfect does a book need to be to get out onto the market?

Well, I published the book anyway. I did of course edit it and go through some revisions to make sure that it was as good as high of quality as possible. But we published it and the thing is like everything you get mixed reviews that come back, some people are positive and some people are negative.

And the thing is an expert commented that if nobody hates what you're putting out onto the market, then it's not of any quality. Because it should draw a line and take a stand for something that some people will rally around you.

Other people will shun you and hate what you're putting out there. Now we're not trying to purposefully draw trolls in towards ourselves. But this is an important issue which is that if you're not taking a standpoint.

For me, one of my standpoints here is self-publishing shouldn't have to be so difficult. That's one of the things that many of my students resonate with. Whereas other people maybe they like the complexities of self-publishing.

They would not be my crowd and they would be negative towards me. Taking this approach to break things down and keeping it simple. That would be an exact example of where you would have, some people who would be drawn in, and other people would be pushed away.

That is completely acceptable, even if they laugh at you it is not a problem. The thing is I look at the negative feedback as positive because they're not necessarily only trolls. Sometimes, people do find issues, spelling issues, or other issues with your books.

Or with other things that you're producing and you realize that you can learn from that. So with the next books that you're coming out, I would not suggest going back and continually improving your old books.

I would rather say better to come up with a new book than to spend all of your time on old books that are already on the market. So, worried people will laugh at your book? Well, those people aren't your target audience.

Check out this related article: You Don't Have The Time To Self-Publish?

If they are going to laugh at your book and so you should not be focusing on them. We're interested in people who are interested in you and what you have to contribute with your book. So those are the people we're going to need to keep our focus on.

The other thing is there are always trolls out there and also people who will get value from your books. So there are two different groups and the trolls were going to hate what you put out there anyway.

The more trolls you have, the more it shows you you're starting to make some traction in the world. People ignore irrelevant people, it's people who are influencers or starting to make traction. They're the ones who start to attract the trolls and that is completely acceptable.

So that's another key aspect here and the second group is the most important. Those are the people who get value from the books that you're putting out there. If you didn't do it they would not get that value.

Now you might be thinking, aren't there other books that provide the same value? And the answer is no, you provide a value that nobody else can do. Your voice is your voice only and nobody else can compete with that.

That is something that can't be taken away from you. You have to remember that some people will like it and some people will hate it. But the more we produce, the more people we reach and that will bring more negatives and more positive towards us, that is just part of the game.

And if you allow your fear of people laughing at you with your book that you're releasing onto the market to influence what you choose to do with your time and resources, then you're never going to get it out and you're going to lose at this game.

So we have to understand that it is about putting our face out there and exposing ourselves to an audience to the world. And that means the positive and the negative. And if we are getting negatives, it's just a way of telling us "here are some things you can prove".

Check out this related article: What Does Self Publishing A Book Mean?

Or that we've got enough traction that we're drawing some negative attention which is okay. As long as you're not doing something negative to draw that negative attention. The quality of your books even a low-quality book can provide value to people on the market.

That is something that a lot of people just simply do not understand. So are you worried that people will laugh at your book? If you are, write the word "yes" below in the comments.

And if you aren't, write the word "no". That will help me know exactly where you're coming from so I can produce better articles. And check out my other blogs and videos for more answers to your self-publishing questions.