What I Wish I Knew Before Self Publishing 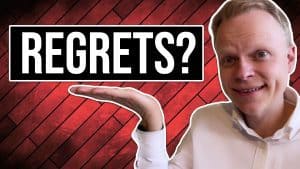 When I started publishing, there were important things that I hadn't learned about. Here’s what I wish I knew before self publishing.

Publishing In The Wrong Genre

I took a course on trading pesos because I wasn't able to get my books to sell. But that's the reason why I'm going to hit today What I Wish I Knew Before Self Publishing. So, the thing is it was the year 2015 and I had a lot of ideas on my mind.

I was thinking maybe I should self-publish a book. Because based on all of the ideas and the things I heard about Kindle and the Amazon Kindle Gold Rush were very exciting. I was thinking maybe if I put my books onto the market, I could get them to sell.

The problem was something was broken because these books were simply not selling well. What got me started originally was my brother had put a book on there.

One of my friends from high school had put a book on Amazon and had seen some success in sales on Amazon. I have a lot of ideas in my mind. Things I would love to write books about.

But I had never bothered to since I didn't figure well a major publisher. I don't know if I have time to really go through all of the things that are necessary to get it going. But the thing that hit me was that with Amazon, you can still go about doing that.

If I didn't get these books into the world, well then, I'd have no way of sharing them. With thousands of people who have gone through these books. Since the time I published them.

But I began to wonder if maybe I had missed the Kindle Gold Rush which I had heard about in the 2014 time period. Well, the first thing is that I published my very first book. I did everything right, that is at least what I thought was right.

Check out this related article: Myths About Success In Self-Publishing

But I still wasn't seeing any sales. So, then I went about and I had a whole bunch of ideas. I published a second and even a third book.

I even switched genres as I was going. Because after all, it was the genre I was publishing in that was the problem and I still saw some sales.

One of them even became a bestseller for a little bit. But then it dropped off afterward. So, I was still trying to figure out how to crack this particular code.

I began to think maybe it's not possible. Because I've already missed the boat on the Amazon Gold Rush. Therefore, I need to try something else.

I stopped everything and I took a course on the side on how to trade pesos. I think it was Mexican pesos because there was like a bubble method or something like that. They had these graphs and charts that were very confusing.

I didn't really believe the method. I thought they were just guessing which they actually were in this case. And it was about this time that a friend of mine from the Netherlands suggested a particular thing.

Making Improvements Along The Way

He said to sign up for this course on Amazon ads which was like $40 or something. I was thinking about ads, why would I run ads? I'm not getting sales anyway so what difference would it make if I send cold traffic to my books?

Do you know what difference it would make? I took the course and what happened was I started seeing these sales coming in addition based upon the money that was coming from. As a result of the Amazon ads that I had been running.

I then took a much more expensive course and started going through that process. I have been learning a bunch of other tricks since that point.

I've been through lots of courses and watched tons of videos. Some of the courses contradict each other. Some of the people that I follow come into this and leave this.

As opposed to a lot of the fake gurus who will tell you to do things. Which violates Amazon's own rules. That can get you into serious trouble.

Check out this related article: 3 Self-Publishing Scams To Watch Out For

But so, several things came through loud and clear. Because as I was going through the process, the first one is don't go to it alone. You're not going to guess the right strategies for Amazon.

The second thing is there's a steep learning curve. There are too many things to learn. Therefore, you're going to want to learn only one thing at a time.

Move slowly, don't worry about mastering everything. Just ask yourself, is what I'm doing now better than what I did yesterday? Can I improve one area of what I'm doing in the self-publishing process?

The other thing was just slowly implementing the new strategies with each book. If they're simple enough, you can go back and do it to the previous books. But do not pull all your books off the market each time and then re-put them back on.

There's no need to do that. Just simply make improvements as you go and you won't have an issue. You'll slowly start to see things improving over time.

Having An Unbelievable Number Of Sales

The final thing was optimizing your book is the top priority. That is getting the key first of all that you're in the correct niche. Which is defined by the keywords that you're using around this particular thing.

If you're in the wrong niche completely, it's going to be a lot harder for you. It's still not impossible to get sales on your book. But if you're in the right niche, you're going to start seeing some amazing sales coming through your thing.

That also comes back to having the right cover and the right title and subtitle for your book. This alone will generate sales regardless. That was one of the reasons why over time, I developed a checklist that I've used for my 200-plus books.

I give it to all of my students; you also can grab my absolutely free Self-Publishing Checklist. If you need help looking at where you are regarding the checklist, you can just book a free Discovery Session with me. We can talk about everything I've learned.

I'll apply it directly to your thing and I will continue to learn. I do sessions with people all week long and different sessions throughout the week. We see similar problems.

I can guarantee you the problems that you're facing are going to be very similar to the problems of the other students that I've had over the years. But finally, I reached the final thing which is that I wasn't getting those sales right. So, I put everything into action.

I discovered that I wanted to test it out with new niches that were profitable niches and high profitability niches. I tried this particular strategy using pen names that were isolated to specific niches.

Check out this related article: Can You Make Money Self-Publishing

The result was that I saw some of my books earning a thousand dollars a month each. It was unbelievable. That's when I became a true believer in this idea.

That if you're in the right keyword or right sub-niche on Amazon and you're pushing books out there that look and feel like the best sellers in that niche and you're running ads to them and perhaps content marketing, we're going to see sales coming through on those books.

I just had a session with somebody yesterday. That was exactly the thing that we were looking at with regards to their book. Making sure that even though they weren't in a perfect niche that they were still able to optimize for their book.

It was very profitable in terms of making a lot of money in the niche that they were. But the thing was that there were too many books in that market. So, it makes it very difficult to compete with the best sellers.

You know, about 30,000 books that were in that specific market that he was in. That's one of the reasons why it's important to learn the very steps in how to go about doing this entire process in terms of self-publishing.

So there you have it, what I wish I knew before self publishing. If you want to learn more about How To Self Publish Your Book | Step by Step 2022, just check out my previous article and I'll see you over there.

72-HOUR BOOK PUBLISHING – Is it even possible?

Let me share with you my secret tools that can help you speed up your formatting phase. Let’s see if a 72-hour book publishing is even possible.Pounding A Book At A Lower SpeedBy the end of this article, you’re going to know why rapid publishing matters so much. You’re going to have the steps necessary END_OF_DOCUMENT_TOKEN_TO_BE_REPLACED

Where does the Focused Writing Come From??

When writing a book, having to focus is the key but it is not that easy to have. Now, where does the focused writing come from??Losing Focus When WritingToday’s article has three points and you’re going to want to stick around for the third point. Because it is a secret as to the absolute best END_OF_DOCUMENT_TOKEN_TO_BE_REPLACED

Are your books already in audiobook format? Now is the time for you to consider doing it. Here’s how I just sold 18,000 audio books!Doing So Many ThingsToday’s topic has three points and you’re going to want to stick around for the third point. Because it’s a secret to my number one trick for maximizing END_OF_DOCUMENT_TOKEN_TO_BE_REPLACED

Have you been thinking of self-publishing your first book? You should start self-publishing like this and don’t fall behind. Getting Known For Just A Single Book Today’s topic has three points and you’re going to want to stick around for the third point. Because it’s a secret as to the number one thing that’s going END_OF_DOCUMENT_TOKEN_TO_BE_REPLACED

You might have tried this amazing tool already but don’t know how to properly use it. Publisher rocket is great for Amazon ads…but you’re doing it wrong.Leaving Money On The TableToday’s article has three points and you are going to want to stick around because the third point is a secret, a huge one. It’s END_OF_DOCUMENT_TOKEN_TO_BE_REPLACED

KDSpy Changes Everything – So much more than manual searching!

Have you tried the most effective tool there is when it comes to keyword searching? KDSpy changes everything – so much more than manual searching!Paying No Attention To KeywordsToday’s article has three points and you’re going to want to stick around. Because the third point is a secret as to exactly the number one thing END_OF_DOCUMENT_TOKEN_TO_BE_REPLACED